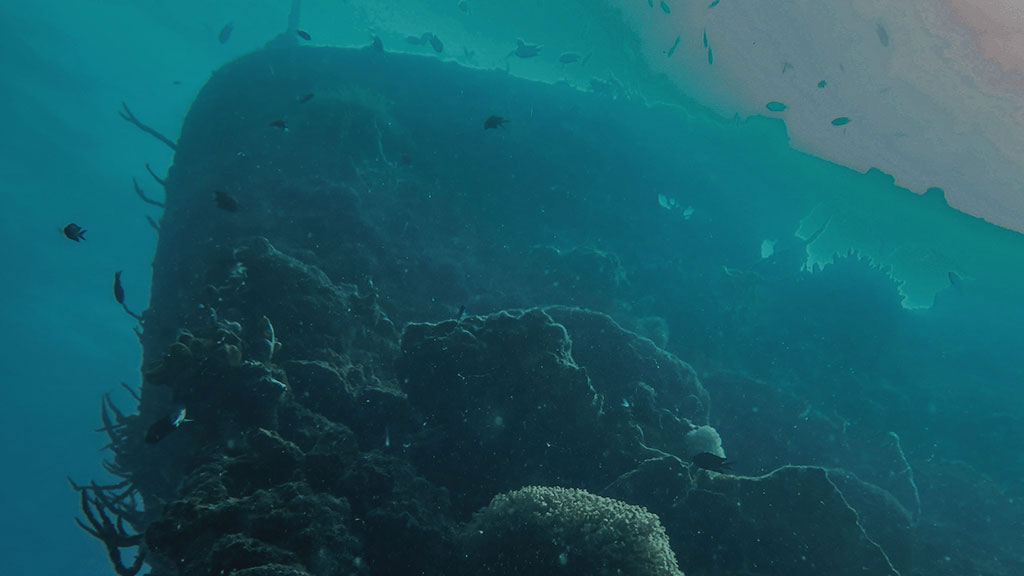 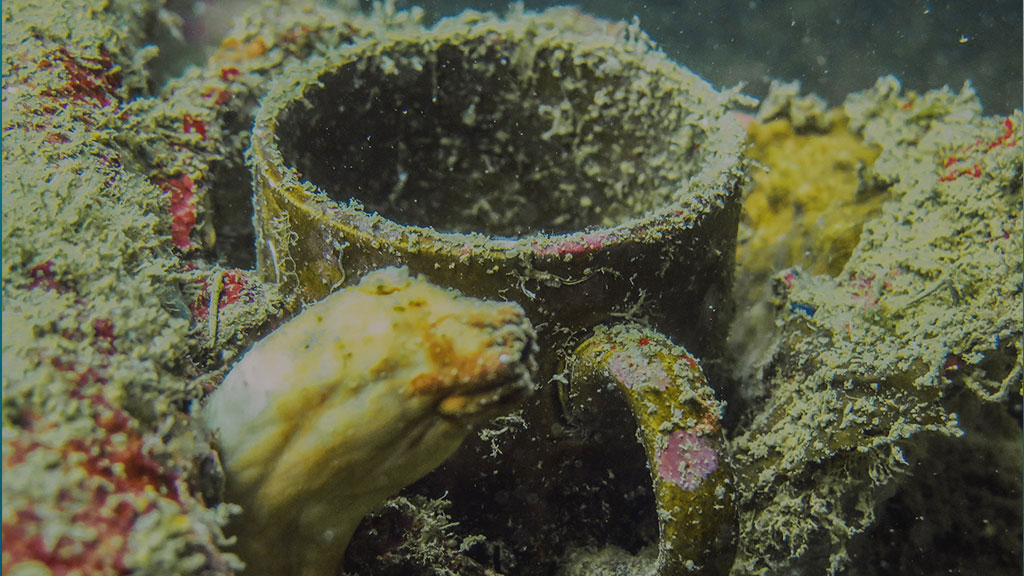 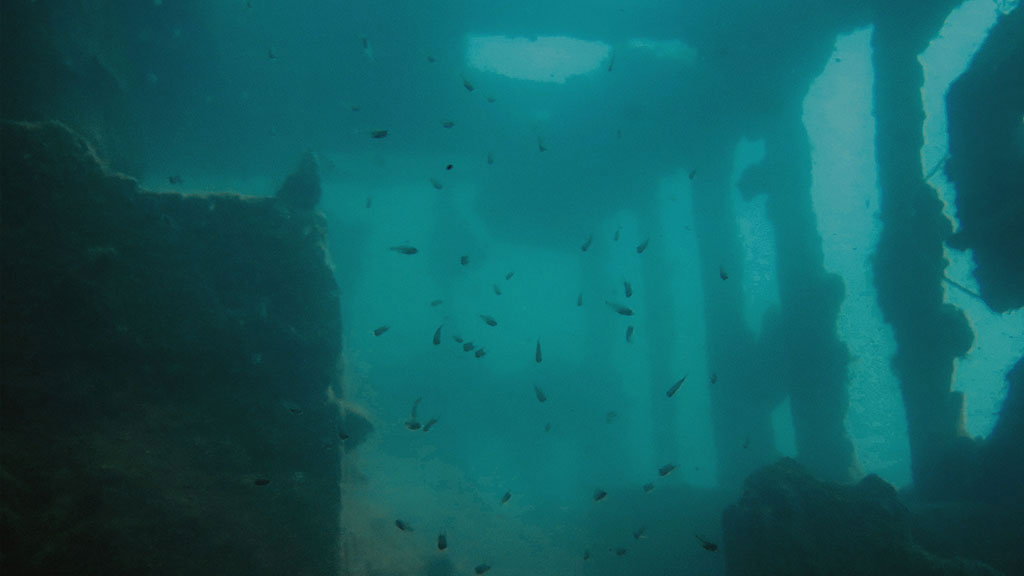 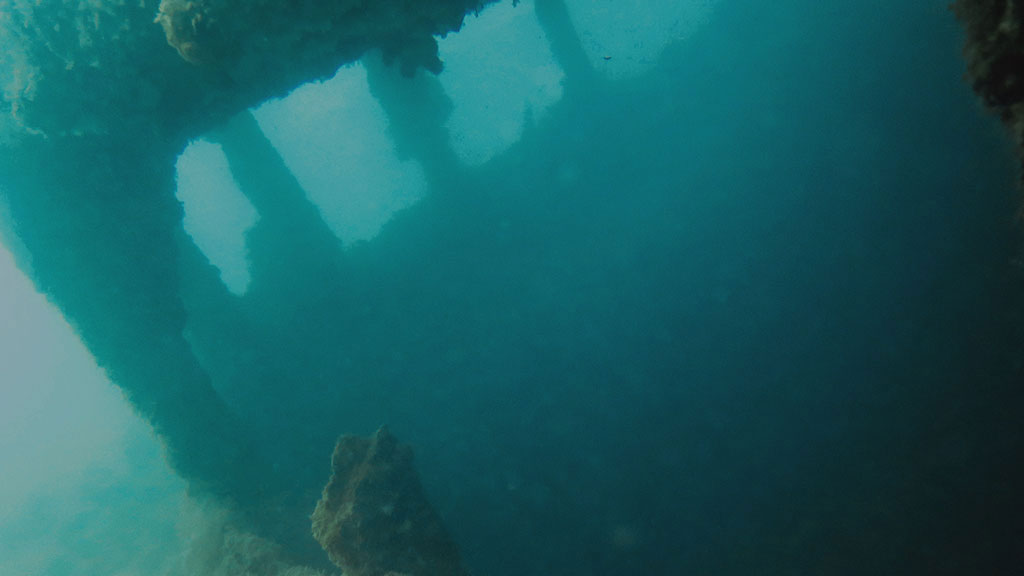 The Teru-Kaze Maru or better known as the East Tangat [Island] Gunboat was another converted fishing vessel similar to the Lusong Gunboat however was 45m and contained far more armament. However she served the same purpose, as an auxiliary submarine chaser. She would’ve had racks across the stern for dropping depth charges causing a bit more caution in enemy submarine tactics. The Japanese had lost a significant amount of ship due to submarine attacks and these small converted trawlers we their attempt to mitigate some of those risks. However little they may have done, it was better than nothing. Located near the Tangat Island, the landscape is stunning and the wreck itself offers a good combination of wreck and reef with a minimum depth of 4m and maximum of 18m, the coral growth on the wreck attracts all sorts of critters and divers alike.

Bow cargo hold, arguably the most intriguing aspect of the wreck as inside you can find remnants of old glass bottles, and what most people believe to be an underwater periscope, directly in the middle of the hold, next to it is a stand of some kind and at one point there was even a bone hung from the ceiling. The interior of the superstructure is fairly wide open and you can easily work your way into it to check out some bit of ceramic still left around the dust as well as a few other bits and pieces. The bright ambience of this room often adds a nice effect as well. The reef alongside the wreck can be busy as well, spotting things like juvenile cuttlefish, mandarin fish, and many other small and illusive creatures.

According to recent research, the “periscope” that every diver drools over, is most like not a periscope but actually a Type 93 Hydrophone used to listen for submarine sonar and was installed on almost all Japanese auxiliary sub-chasers. Since you couldn’t see submarines, it was far easier to find them by listening.