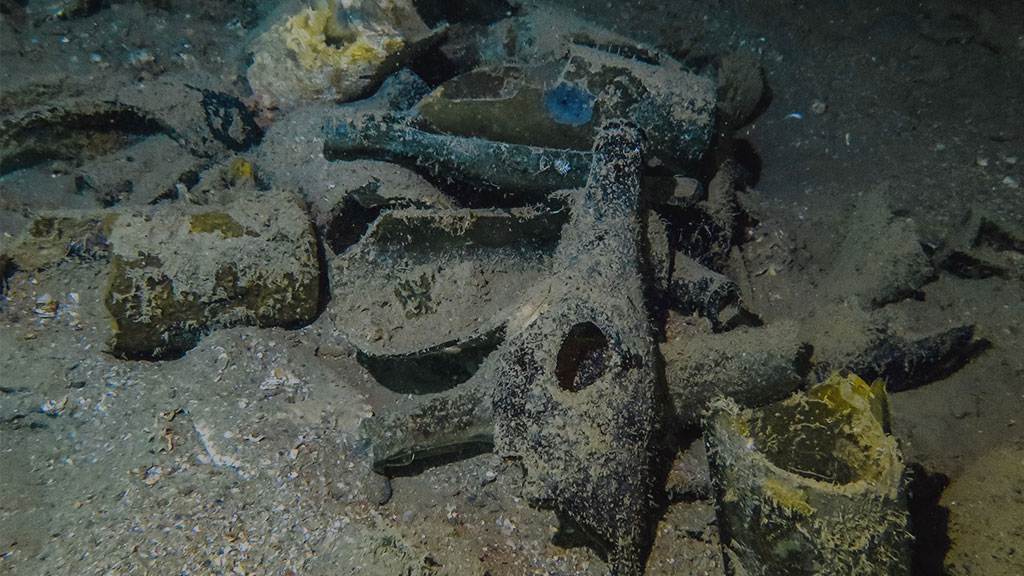 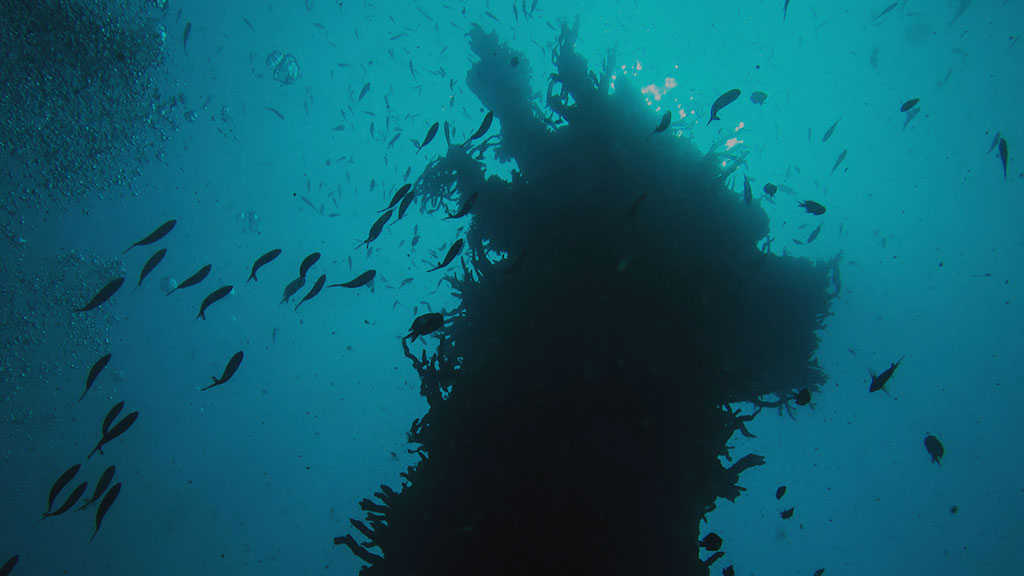 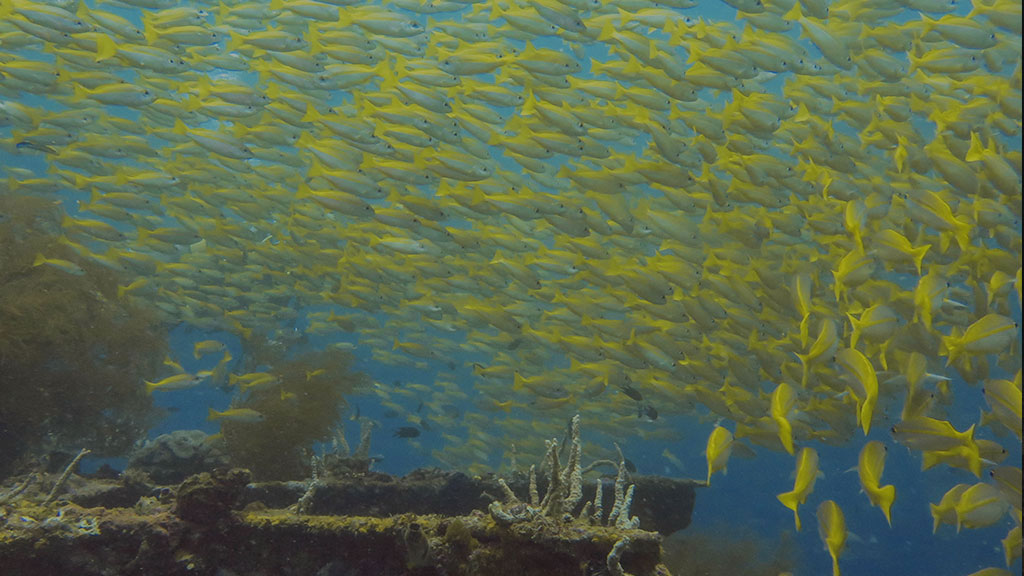 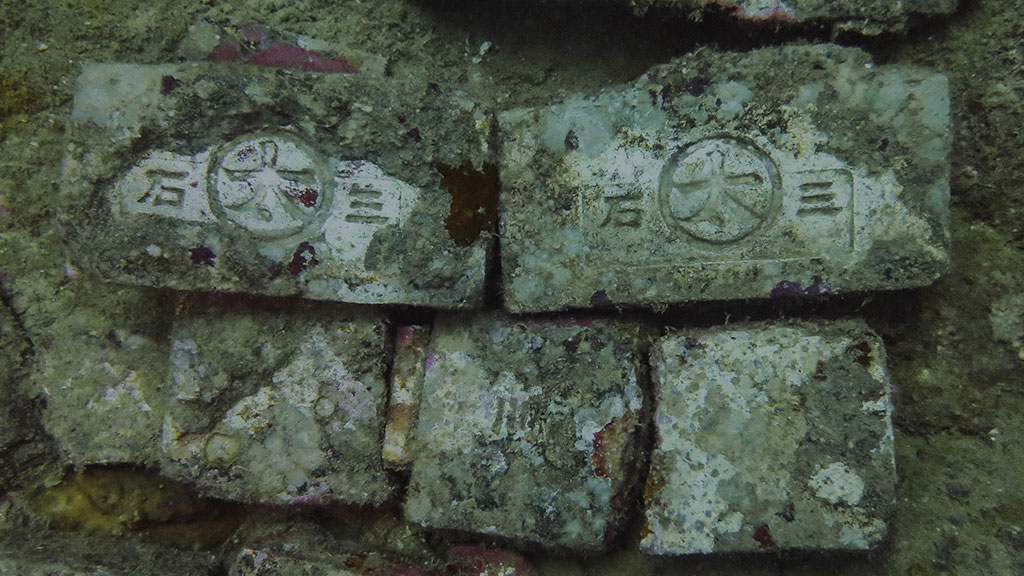 The Olympia Maru was another large cargo ship measuring 130m and capable of carrying extremely heavy equipment including airplane parts, trucks, ammunitions, troops and more. She was never avidly involved in the Japanese Naval war operations, but was an important ship in the background having the ability to carry copious amounts of people and gear allowing her to be a one- stop-shop for any repairs aeronautical or otherwise. She’s also one of the older maru’s in the bay with her keel laid in 1927 but as a simple timber hauler by design she wasn’t recruited into active service until 1941 at which time they outfitted her with a 100mm gun on the bow and a heavy machine gun on her stern. Unfortunately this was no match for the bombers attacking and she was heavily impacted by the bombing as her superstructure has almost no intact sections but the hull walls, it looks to have almost imploded.

The gun mount at the bow of the ship is home to an immense school of yellowtail snappers and copious scorpion fish tend to rest on the gun mount carefully camouflaged. The bow forecastle offers some nice spools of rope which often hide moral eels or pipefish as well as ladders and some nice ambient light. Japanese emblem bricks found on the port side laying on the twisted metal of the precious superstructure. At the stern is a room with a few remains of old sake and beer bottles, some with inscriptions other without. Massive rudder, good for a swim through and trying to find seahorses.

As a timber hauler in the 1930’s the Olympia Maru worked out of Vancouver, Canada and Seattle, USA shipping lumber from the North American coast back to Japan.