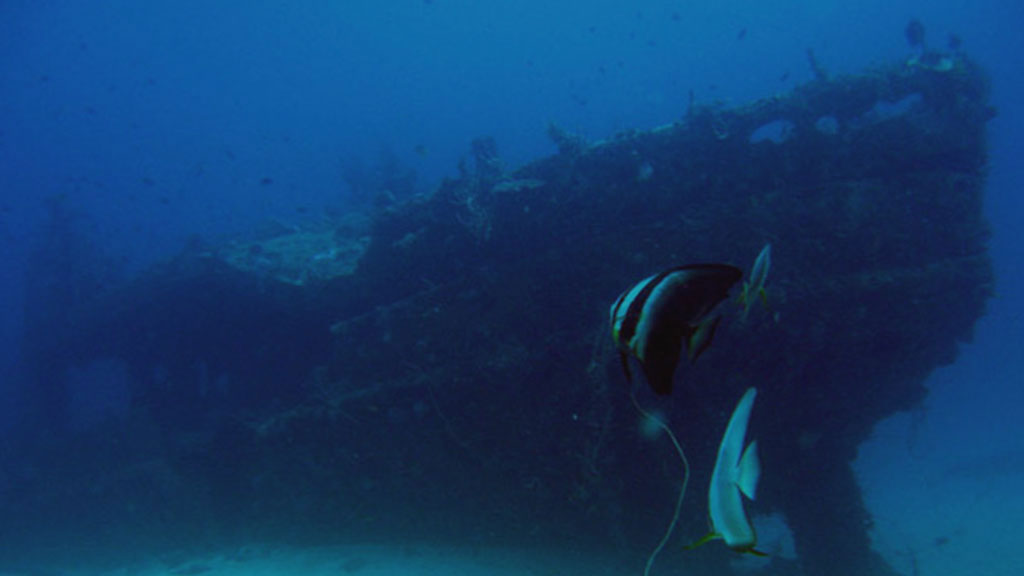 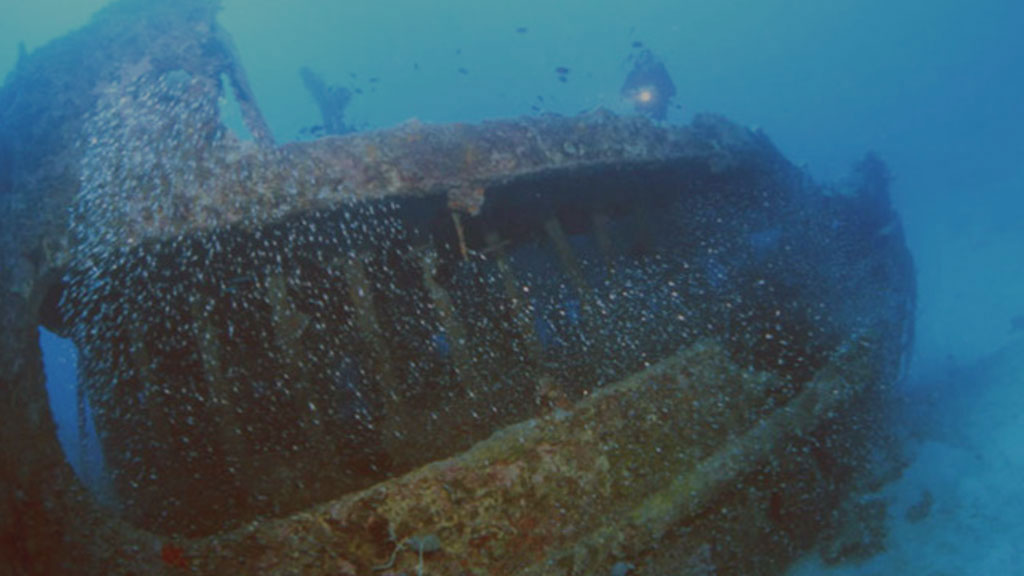 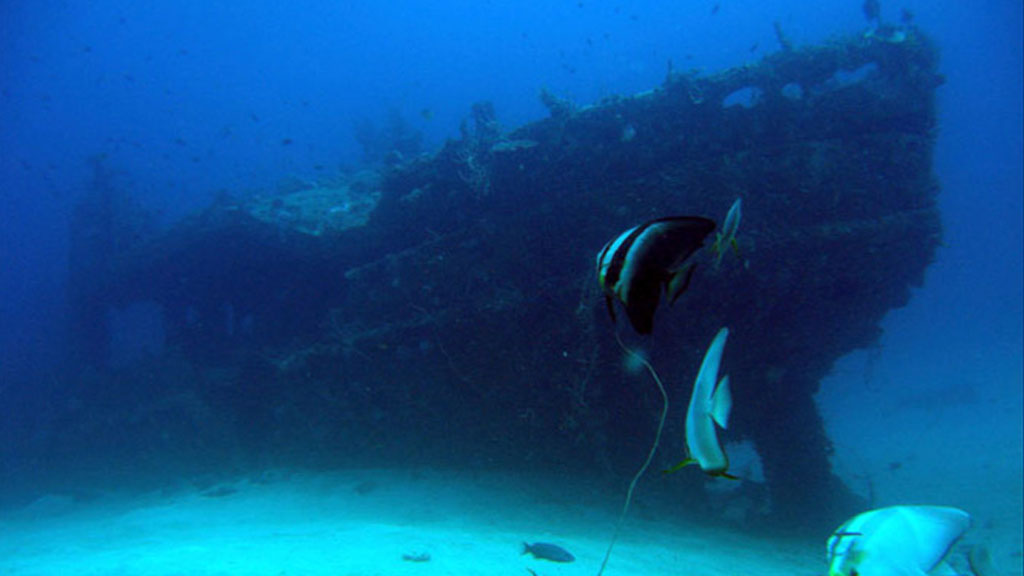 The so-called “Black Island Wreck” can easily be identified as a small tanker converted to carry specific fuel (gasoline, Diesel, lube oil etc.) in small isolated tanks for replenishment of land-based depots. It is in fact of certain interest that there were more than 30 identical vessels of the “Nanshin Maru”-type operated by the Imperial Japanese Navy. These coastal tankers were not much conspicuous, quite slow and unarmed. However, due to their cargo they were vulnerable even to machine-gun fire from attacking aircraft.

According to U.S. sources “Nanshin Maru No. 27″ travelled in company of “Nanshin Maru No. 25″, “Nanshin Maru No. 3″as well as another vessel named barely “Nanshin” (53 gt.) which might have been some sort of tug boat. The submarine U.S.S. “Guitarro” attacked the small convoy on 27 Aug 1944 just 5-8 nautical miles north of Calawit Island (Busanga) sinking “Nanshin Maru No. 25″ in position 12°21N/119°55E. On the other vessels only medium damage was inflicted. It is assumed that the submarine attacked the Japanese vessels by her guns as torpedoes were too expensive to be wasted for minor enemy supply ships. “Nanshin Maru No. 27″ then continued to proceed to Busuanga and entered Illulucut Bay south of Calawit Island where she was probably anchored and repaired.
Obviously, the vessel was given up and drifted in the tidal current towards Malahon Island (“Black Island”) where she ran aground and finally sank.