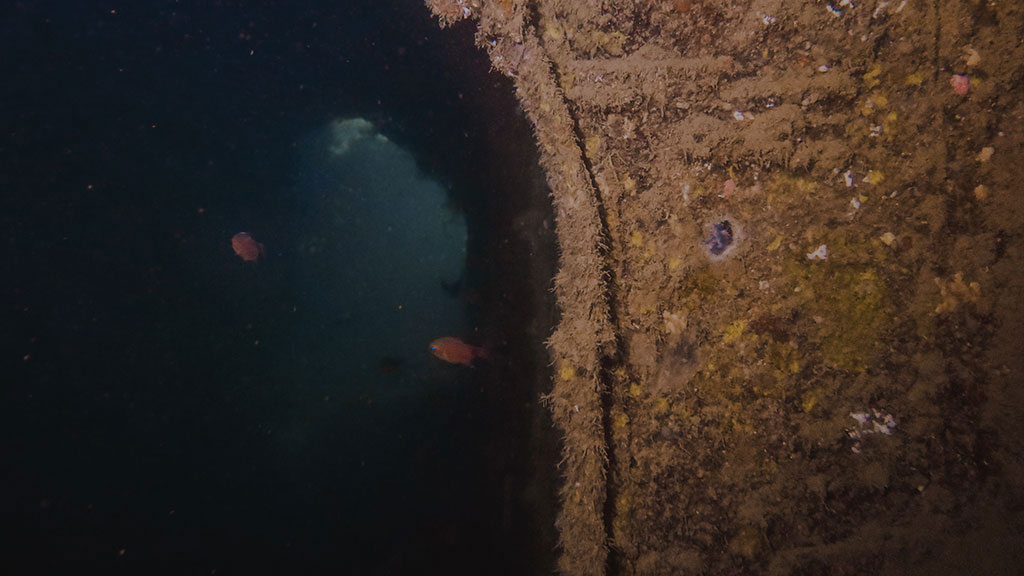 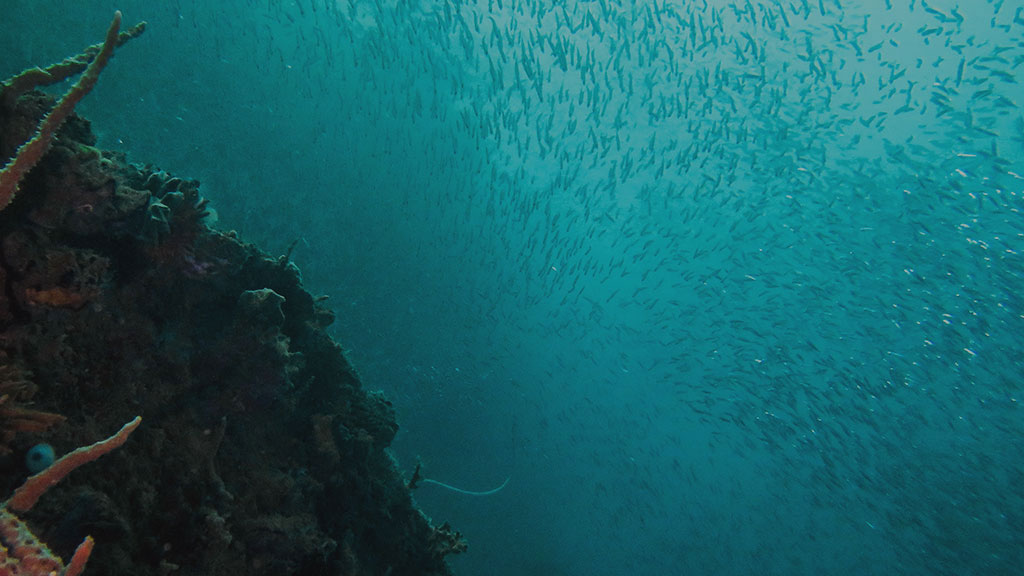 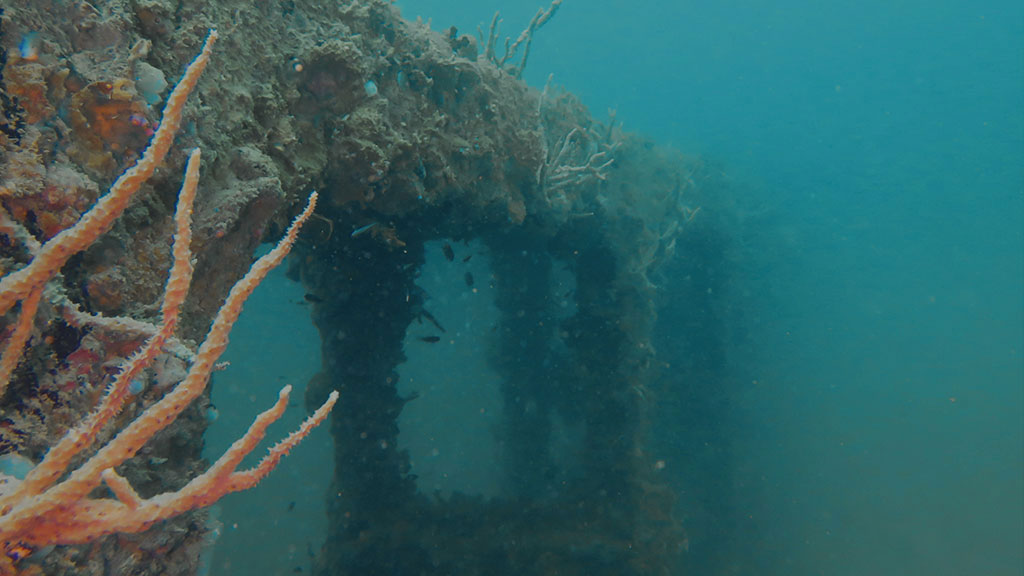 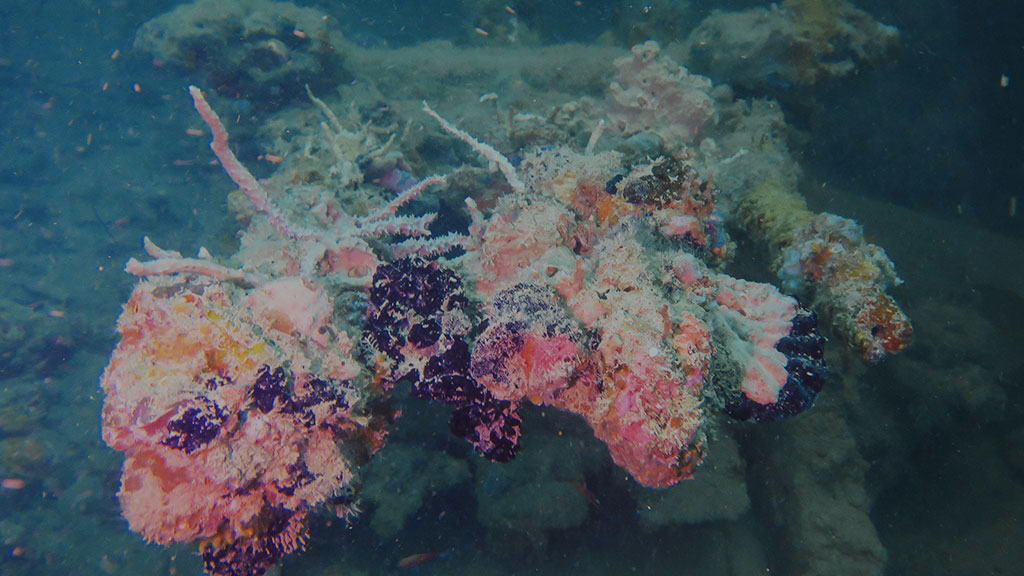 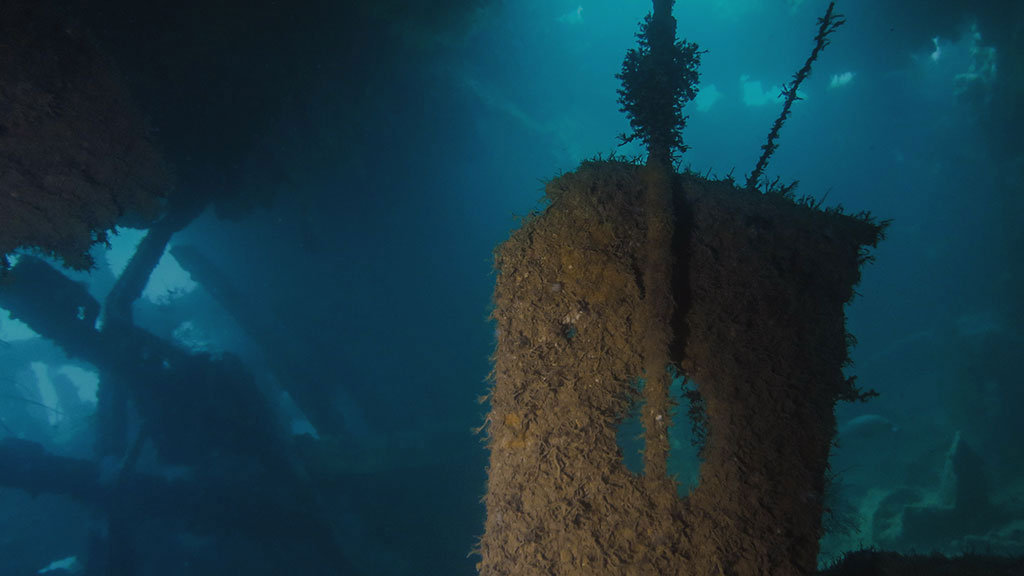 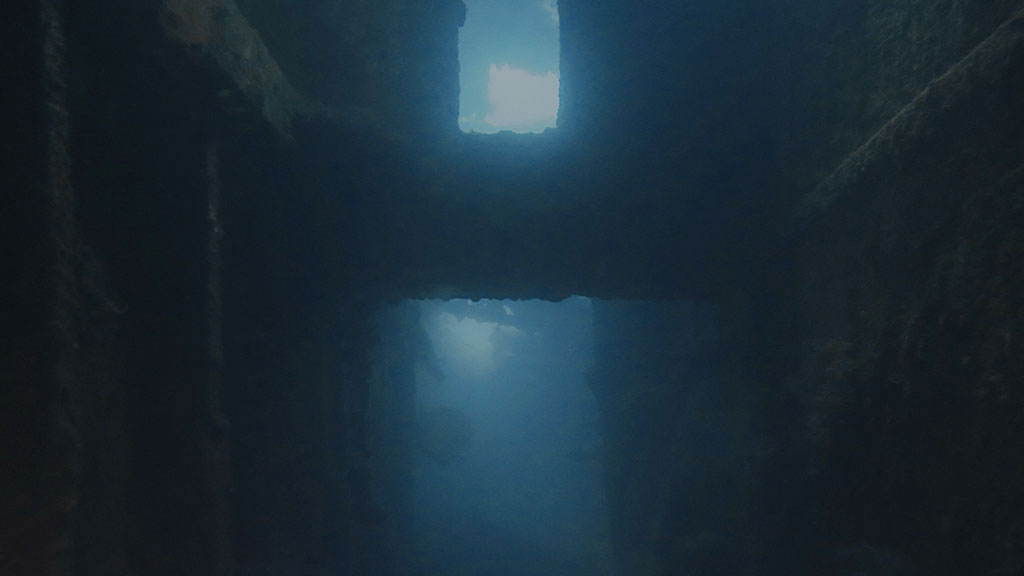 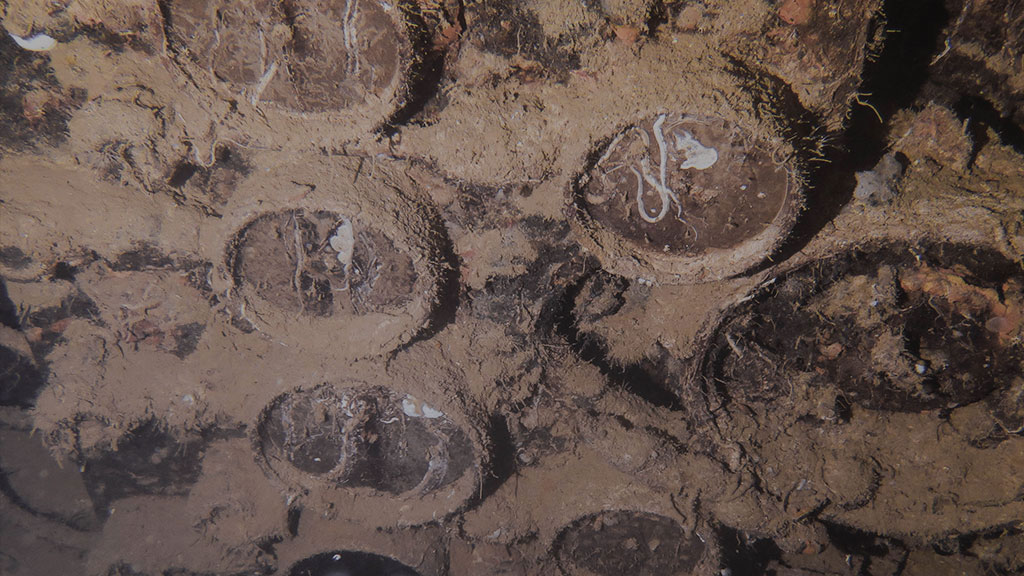 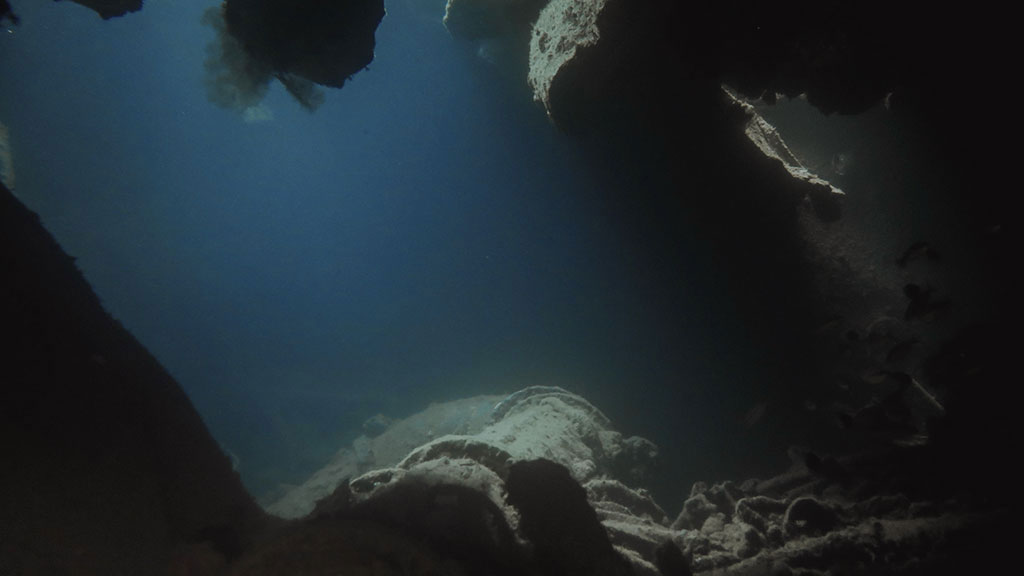 The Akitsushima was one of two ships that aren’t a “Maru” meaning it was built and designed for the Japanese Imperial Navy. The ship’s main job was as a sea plane tender and repair vessel. She had the most amount of armament on her of all the ships in the bay as well as a massive crane for lifting out and putting back sea planes to and from the water. She housed onboard 689 tons worth of high-octane aviation fuel, 36 arial torpedoes and 62.5 tons worth of bombs. Her length was approximately 115m long and she now lays on her port side in 36m of water with a minimum depth of 20m. No one has ever discovered what happened to the sea plane she was tending for during the time of the attack, and it remains one of the most interesting mysteries of the bay.

Incredible tri-barrelled AAA anti-aircraft gun sitting just in front of the humongous and epic crane in approx. 32m of water. After that you can enter into the hanger through the immense explosion within the ship, as you move toward the stern you will be confronted by the massive winches that were used to lift the planes out which still remain quite in tact. Opposite the winches is the crown jewel of the Akitsushima, her four big engines still intact and unsalvaged. Just behind the engines coming from the stern there is a narrow space to drop down into and check out several gauges, there are second set deeper down the passage, remember to go feet first. After this you can venture down the long and open corridors of the first couple deck levels down passing by different debris and room entrances, as you exit from the bow and turn back towards the stern you will pass two massive gun mounts (one at the bow and one mid ship) as well as a large communications tower, riddled with different fish, lionfish, groupers, glass fish galore… There are a couple 127mm bomb scattered about the wreck that are still live, if you’re guide knows where they are, be sure to check one out, as they are incredibly huge.

Minimum AOW, much better on nitrox seeing as there isn’t much to see above 20m. Great for technical and wreck certified divers, not incredibly deep throughout the insides of the ship so you can get lots of bottom time with not too much deco obligation.

The Akitsushima was stationed in Truk during the battle of Truk Lagoon in Feb 1944, which would turn out to be one of the biggest upsets for the Japanese Navy as they were ambushed by American ships and bombers only to be slaughtered, however the Akitsushima despite being hit four times by 1000lb bombs, and incurring multiple attacks in the Solomans prior to the battle of Truk Lagoon managed to continue on her duties. After making a long journey back to Yokosuka, Japan, she was released back into the line of duty on Sept. 4, 1944, only to be dragged to the sea floor 20 days later in Busuanga.